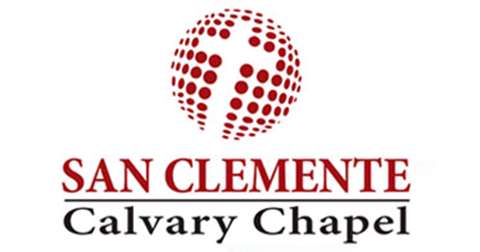 Located in a coastal California city of approximately 70,000 residents, Calvary Chapel San Clemente was founded by Senior Pastor Holland Davis in 2010. What started as a small Bible study group of six people has now grown to a total membership of over 200 followers, with roughly 150 worshipers attending the church's services each week.

Like many worship organizations, Calvary Chapel San Clemente increasingly depends on video streaming to extend its ministry beyond its walls and to reach congregants unable to attend services in person.

"Within our association of churches, radio has traditionally been promoted as a strong vehicle," said Davis. "But with this generation that is coming up, they're not listening to radio, so live video streaming and on-demand captured video are now our primary strategy. We are on radio, but the response we get from our videos is much stronger than the response from our radio program."

Significantly for the relatively recently established church, live streaming provides a cost-effective means of attracting new members. "As a new church plant, I'm always looking for ways to grow our audience and get our message out in a way that is well-done but economical," Davis continued. "Today's streaming distribution platforms provide more opportunities to make a direct connection with people than ever before."

Calvary Chapel San Clemente started their online video efforts using a webcam, but soon found themselves wanting to upgrade their streams. "The webcam was OK, but the audio was poor," recalled Davis. "We wanted to upgrade our video and audio quality, as well as enhance our overall production capabilities with techniques such as zoom that weren't possible with the webcam. We upgraded our camera, but then needed a device to get its high-quality signal into the computer.”

In searching for a video interface device, simplicity was most important to Davis. "We needed something that just worked," he explained. "I've reviewed other products and found that I had to jump through a lot of hoops to get them to work. It was apparent with some products, you had to stay within that vendor's specific ecosystem, and to leave them set up in a fixed environment. We don't have time for that – our installations are temporary, so we need to be able to set up each week without thinking about it.”

Patrick Godknecht – Davis' Media Team Director and owner of PDG World Marketing –researched solutions and landed on Magewell's USB Capture HDMI. "We found the Magewell product, and it was truly plug-and-play," Davis said. "It was incredible, needing almost no setup at all, which makes it really easy for us each week.”

In Calvary Chapel San Clemente's upgraded streaming workflow, the live HDMI video signal from a Canon VIXIA HF R52 camcorder is captured through the Magewell USB Capture HDMI into Open Broadcaster Software (OBS) running on a Windows-based AsusStream gaming laptop with 16 GB of RAM. Camera audio is also brought into the software through the Magewell device, while microphone feeds and music are combined with a Behringer X Air XR18 mixer and captured through a Behringer U-phoria audio interface.

The encoded output is streamed live to YouTube, where the church takes advantage of the service's free programs for non-profit organizations. Calvary Chapel San Clemente also uses the Church Online platform to present the YouTube stream to viewers in a format optimized for houses of worship, accompanied by rich, interactive engagement features that help church volunteers build relationship with viewers.

The church currently streams in 720p HD, which works best for their wireless Internet connectivity, but plans to increase their resolution to 1080p when wired network infrastructure is completed in their new building.

In addition to streaming Sunday services, Calvary Chapel San Clemente streams its mid-week Bible study as well as special events. "We do a combined Easter service with other churches in the area, and it's literally in the middle of a field," Davis said. "There's power but nothing else, so we bring everything to be able to stream wirelessly.”

In addition to simplifying operation and setup, Magewell's USB Capture HDMI has delivered rock-solid reliability. “I'm still using the first unit I bought, and it's never let us down," said Davis.

Combined with the new camera and audio equipment, the Magewell device has given the church the improved quality it wanted. "Compared to the webcam, it's been a tremendous boost in quality," David effused. "Not only do we have the ability to do better video presentation, but the audio has also greatly improved.”
More importantly in the big picture, the enhanced streaming is helping Calvary Chapel San Clemente achieve its goal of expanding its audience. The church had nearly 3000 views of its live and on-demand clips in the most recent month, with weekly viewership continuing to increase. And in addition to reaching more online congregants, the streams have also assisted in growing the church's in-person ministry.

"For many people, video is their way of 'trying out' the church," explained Davis. "They visit us via online video first, and then they come in person. Almost everyone who has become part of our church in recent months had watched us online first before attending in person."

Magewell's USB Capture HDMI has been a critical component of Calvary Chapel San Clemente's streaming success. "I tell others that if they're just starting out, Magewell is the way to go," Davis summarized. "The combination of a camera and a Magewell product is an inexpensive entry point, and very easy to get operational. Other people I've referred the product to have had the same great experience. It's the easiest, it's the best, and it's the most cost-effective. I have no hesitation recommending it.”