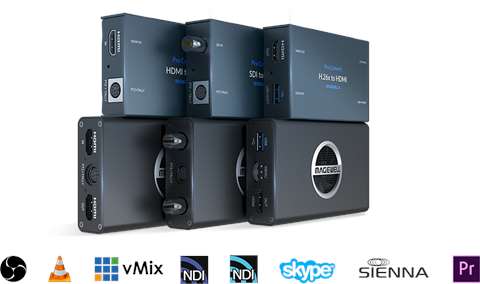 In the field of video transmission, latency is an inevitable phenomenon which can have a significant impact on production workflows and the final viewing experience. This blog will introduce the basic concept of latency, its importance, factors that can impact it, and some ways to effectively reduce it.

What is Video Latency?

Video latency is essentially the time required for live video to travel from its source to its destination. It is often measured as "end-to-end" latency – the time required for a single frame of video to travel from the camera to the final display. This time varies greatly depending on the transmission mechanisms used. For broadcast television, typical latency can be between 5 and 10 seconds, while live streaming can have latencies of 30 seconds or higher. For real-time video production and more demanding or interactive streaming applications – such as gaming and sports betting – latency of less than one second is often important.

Why Does Latency Matter?

The degree of latency that is acceptable to users will vary depending on the application scenario. While high video latency in some situations may create a bad user experience – such as the oft-cited example of hearing your neighbor cheering for a football touchdown they saw on TV 30 seconds before you see it on your stream – in other cases low latency is not very important. For example, when distributing non-time-sensitive video content in one direction to a large audience (such as streaming a music or artistic performance), higher latency may be an acceptable tradeoff in order to achieve better video quality. Similarly, intermediate processing between broadcast production and playout – such as adding live captions, or content protection to prevent piracy – also adds to the end-to-end latency, but may be both necessary and acceptable.

For live production and time-sensitive streaming, however, the latency must be reduced as much as possible to ensure excellent interactivity and the best viewing experience. Common application scenarios where low latency is needed include:

With any transmission workflow, a lot of components and factors have an impact on the end-to-end latency. While the latency of any individual component may be small on its own, they cumulatively can have a considerable effect. Some of the main contributors to video latency include:

There are many ways to minimize the video latency without reducing the video quality. While some of the above factors (such as distance) are out of users’ control, there are two effective ways to reduce latency that users often can implement: