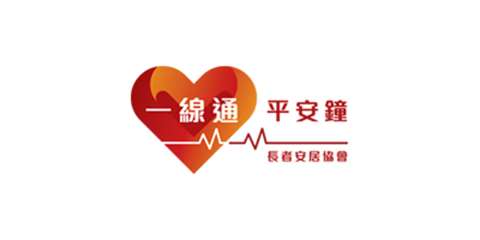 The Senior Citizen Home Safety Association (SCHSA) is one of the most established social enterprises in Hong Kong. Dedicated to the well-being of Hong Kong's seniors, the non-profit charitable organization's mission is to raise the quality of life for people who want to age in place by leveraging technology and innovation to provide people-centric services.

"Other capture devices need to have drivers installed in the host computer before use," explained Isaac Kan, video engineer at Chinam Cinema & TV Technology Ltd. "Magewell devices can capture video in a plug-and-play manner that saves labour time and cost during production setup, making them stand out as the preferred choice. Magewell also offers good video quality and has very stable integration with the popular OBS software for broadcast-grade production, so customers can trust them.”


Vision Media used eight Magewell USB Capture HDMI Plus devices for the event production. Gaming action from participants' Apple or Android smartphones was output over HDMI to the Magewell capture devices, using off-the-shelf adapters to get HDMI signals from the phones' Lightning or USB ports. High-quality video from the USB Capture HDMI Plus devices was brought into each computer running OBS through a standard USB 3.0 interface. HDMI signal loop-through connectivity on the Magewell devices enabled the gaming video to be simultaneously viewed on full-sized gaming monitors.

The OBS software combined in-game video with picture-in-picture overlays of live webcam feeds showing the senior citizen participants and SCHSA branding. The workflow accommodated eight simultaneous players, with the eight resulting mixed feeds sent over HDMI to a Blackmagic Design video switcher. The final, switched production was then sent to a LiveU encoder for streaming to Facebook.


The entire production workflow performed flawlessly throughout the event, impressing everyone from the systems integrator to the production company and, most importantly, the SCHSA.

"For this E-gaming project, Magewell products made the systems integration job much easier than those of competing brands," noted Kan.
"Magewell was a good choice of video capture products," said Michael Woo, owner of Vision Media (Hong Kong) Ltd. "The system worked stably according to our plan and Magewell was an important part of that."

Ultimately, it is the event holder’s satisfaction that matters most, and while the SCHSA didn’t need to know the details of each product’s role, they were very aware of the overall success of the workflow. “The system set up by Chinam and Vision Media was perfect for us,” said Boris Lam, Senior Officer of SCHSA. “The entire event ran smoothly with no hiccup, the system was easy to use, and the video – from the cell phones and webcams to the final streamed output -- had superior quality.”