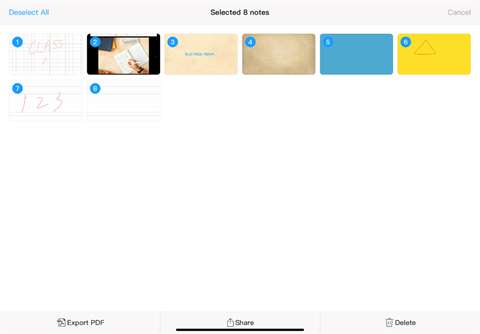 The companion tablet app for USB Fusion is available for iOS® and Android® devices and offers a variety of advanced presentation features, including annotation tools that let users mark up presentation materials and export the annotations to a file for sharing after the class or event. This blog provides an overview of USB Fusion's annotation capabilities.

The USB Fusion companion app provides users with feature-rich annotation tools. While presenting, you can annotate on the scenes and notes.

Annotation tools include pen type, common shapes, text, black and white board, and more. Specific functions are listed in the table below:

Annotations can be made not only on a static scene, but also on a dynamic one with a video file or captured video. When the video source is in rapid motion, you can also freeze the source to make annotating easier. (Note: this freeze function is available only when you use gestures, not a stylus. Before using this function, make sure that the annotation tool bar is collapsed.)

On a source consisting of a video file or captured video, double tap to freeze image. A video file will pause, and video being captured will stop at the current frame. After making annotations, double tap the scene to unfreeze.

Notes are used to add or save annotations. Using the notes function, you can also switch back to annotations you have made previously, and export annotations for sharing.